While many people place parlays on the Super Bowl, they’re not to be confused with inlays and onlays. Many people have never heard of these dental restorations, but at Prosthodontics of New York, Dr. Roberts and Dr. Sirota use them to restore normal tooth function when a typical filling won’t get the job done and […]

Staying Up to Date with Technology

At Prosthodontics of New York, we believe in staying on the cutting edge of dental technology. New Yorkers know that’s not always the case in the city — just take the subway and relive early 20th century technology! But we think our patients benefit from our focus our staying up to date with the latest […]

Most of us take our oral hygiene for granted. We think more about our car and its oil change schedule than we do about our teeth. If you have good genes, this may never come back to bite you (pardon the pun). But for others, their oral health can be complicated. Sometimes a little inattentive care […]

It used to be that people knew more about the tartar sauce they were covering their fish sticks with than the kind that was developing on their teeth. Fortunately two things have happened. People eat less fish sticks, which have a relationship akin to chicken “nuggets” and anything resembling poultry. And dental information is now […]

Lasers to the Rescue

Although lasers have invaded just about all facets of our lives — everything from your rangefinder on the golf course to the scanner at the grocery store to your cat’s pointer toy — most people don’t think of them in the dentist’s office. But at Prosthodontics of New York, we pride ourselves on staying abreast […]

Snow and New York City don’t necessarily go well together. What is normally thought of as bright and white can be a grey, slushy, mess. At least you can have snow-white teeth thanks to our in-office and at-home teeth whitening options at Prosthodontics of New York. And if you come in for one of these […] 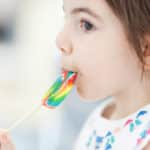 Since it’s Halloween and your kids are about to dress up like Spiderman and head out to cover all five boroughs with the singular goal of filling a pillowcase with candy, it could be a good time for a blog about preventing decay in their molars. Yes, you may have the strongest enamel this side […] 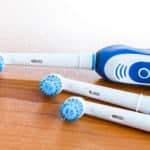 Don’t Be Scared of the Electric Toothbrush

Dentists are always giving away stuff in the hope that their patients will take better care of their teeth. Toothbrushes, floss, toothpastes. Alas, most of that floss simply sits in the drawer, but one can hope. Maybe we’d be better off simply telling our valued patients to go out and buy an electric toothbrush. What? […]

If the internet’s good for one thing, it is to give a platform for various whackjobs to spout their conspiracy theories for all to see. The moon landing? Phony. The Earth? Flat. John Tavares leaving the Islanders to sign with the Maple Leafs? CIA operation is behind that. Although the whole brainwashing angle has mostly […]

Brushing and flossing our teeth — it’s something we’ve done for so long that we don’t even think about it. Unfortunately, most people fret more about the timing of their car’s oil changes than they do about the quality of the home hygiene they provide for their chompers. That’s a pity because a car’s just […]