Home | Blog | Truth Is In the Titanium

Truth Is In the Titanium 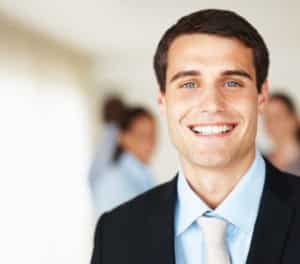 Since dental implants are our favored method for tooth replacement at Prosthodontics of New York, here’s some additional history on our trusty titanium friends.

For as long as humans have been around we’ve been losing teeth. And, it appears, trying to replace them. Archeological digs have unearthed implanted seashells and ivory in the jawbones of ancient Mayans and Egyptians. People have also tried to place human and animal teeth back in place, hoping they would somehow take hold.

Fast-forward to the 20th century and the birth of the modern implant. Today’s dental implants can be traced back to 1952. Swedish orthopedic surgeon, Per-Ingvar Branemark, was studying bone healing and regeneration. He inserted a titanium screw into a rabbit tibia to mend a break but found that when he tried to remove the screw later the bone had fully grown around it and it couldn’t be removed. A decade of research followed and the modern dental implant debuted in 1965.

At Prosthodontics of New York, we believe dental implants are far and away the best solution to replace a missing tooth, whether it is a tooth that is already gone or a tooth that is so badly damaged or decayed that it requires extraction.

Some people think that losing a tooth or two is no big deal. Why bother with replacing it? That’s a bad idea for your long-term oral health. If you don’t replace a missing tooth, the adjacent teeth tend to spread out to fill the gap. This creates problems with your overall bite and tooth alignment.

Since we’re such big implant fans, let’s see if you know these facts that relate to them.

Replacing missing teeth is our business in Prosthodontics of New York. If you’re missing a tooth or a few teeth, let’s talk. Call us at (212) 758-9690 to make an appointment.