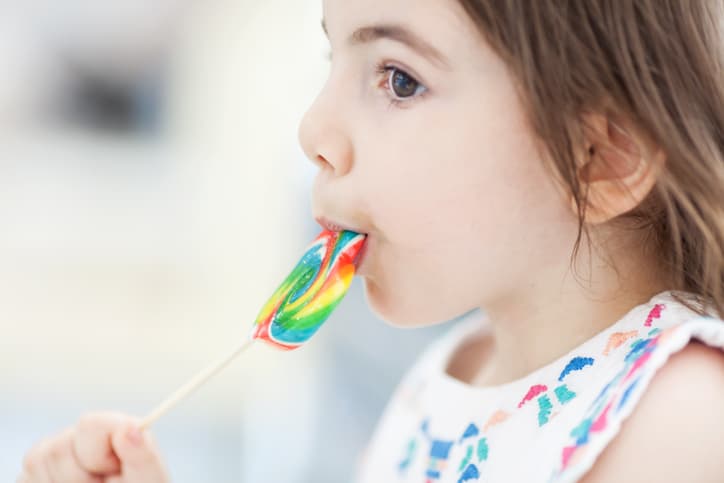 Since it’s Halloween and your kids are about to dress up like Spiderman and head out to cover all five boroughs with the singular goal of filling a pillowcase with candy, it could be a good time for a blog about preventing decay in their molars.

Yes, you may have the strongest enamel this side of the brownstone around the corner, and you’ve passed that tooth protection on to your kids. But you may also have passed along deep crevices or fissures in their molars. This tendency in tooth development is genetic.

So? Well, when their molars have deep creases down into the middle that is the perfect breeding ground for bacteria and subsequent tooth decay. Even if they are diligent brushers, deep fissures are almost impossible to fully access with a toothbrush.

But not to fret, at Prosthodontics of New York we place dental sealants in the molars of our young patients. Sealants fill the cracks and prevent food from getting caught down there. That’s a good thing when about 21 Milky Ways are soon to be consumed in a single sitting!

The word sealant is a bit of a misnomer. Sealants don’t soak into your teeth as a sealant does on a piece of wood or a pair of shoes. Instead, think of sealants as fillers. Our molars kind of look like mountains and, like mountains, they have peaks and valleys. In some of those valleys on your molars lie fissures. These fissures can be very narrow, but pretty deep. They can be almost impossible to get down into and clean. Therein lies the problem because areas of the teeth that don’t get cleaned become the playground for bacteria and eventual tooth decay.

Sealants are made of plastic resin that is inserted down into the fissure, filling it and keeping it from becoming a man cave for bacteria.

When is the time to place sealants?

In most cases, it’s of no use putting sealants on baby teeth, as they’ll eventually fall out, replaced by the permanent molars. A child’s first permanent molar usually starts to show itself around age 6-7. This is followed by the first premolar, just back from the canine teeth, at age 10-12. The second premolar and second molar then follow at 11-13 years old. The teeth can be sealed as they come in, or all at once. There is one additional molar, the third molar, which is still to come. But these are known as the wisdom teeth and are almost always pulled anyway, as they are vestiges of our evolutionary past.

How are sealants placed?

When we’re placing sealants we first clean the teeth with a rotating brush and paste. Then we wash the tooth out and dry it with air. Next, Dr. Roberts or Dr. Sirota applies an acid solution onto the fissured area of the tooth’s chewing surface for a few seconds before rinsing it off. This creates microscopic etching and a rougher surface that makes for a better bonding surface for the sealant. Now the tooth is dried again and the liquid dental sealant is applied into the fissure and is hardened with a curing light. The bite is checked to be sure there aren’t any high points and it’s good to go.

How long do sealants last?

Sealants can last for decades, but all that really matters is getting the child through the cavity-prone teenage years. After that, any longer lifespan of the sealant is just a bonus.

If you have small people in your household, their molars should have sealants. Next time you bring them in for a cleaning and exam let’s talk about the right time for sealants. Contact us at (212) 758-9690 to schedule your appointment.