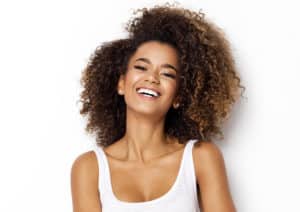 It used to be that people knew more about the tartar sauce they were covering their fish sticks with than the kind that was developing on their teeth.

At Prosthodontics of New York, while we’re thrilled to give you directions to Sea Breeze Fish Market or Dorian’s so that you can avoid tartar sauce altogether, we’re actually more concerned with the tartar that builds up on your teeth. It’s basically the start of most dental problems. Here’s a brief explanation and some ways to keep tartar from forming on your teeth.

We all have lots and lots of bacteria in our mouths. Bacteria mix with sugars and proteins from food to form a sticky film on your teeth called plaque. Plaque coats your teeth and can get under your gumline. It is the start of a process that leads to tooth decay and gum inflammation.

Fortunately, you can remove plaque by brushing and flossing. It’s a daily back and forth battle with plaque, but it’s an easy one to win. But if you get lazy with your home hygiene, plaque stays on your teeth and hardens into tartar. It can form in a little over a day, and once it’s there, only a dentist or dental hygienist can remove it.

Six ways to keep tartar in the sauce, not your mouth

Since we don’t like tartar, here are six tips for keeping it off of your pearly whites:

The moral of this story? Ditch the tartar sauce and start eating better fish. And take care of your home hygiene and ditch the tartar that’s trying to build up on your teeth. Plus, schedule your twice-yearly cleanings and exams with us at Prosthodontics of New York. Contact us at (212) 758-9690.